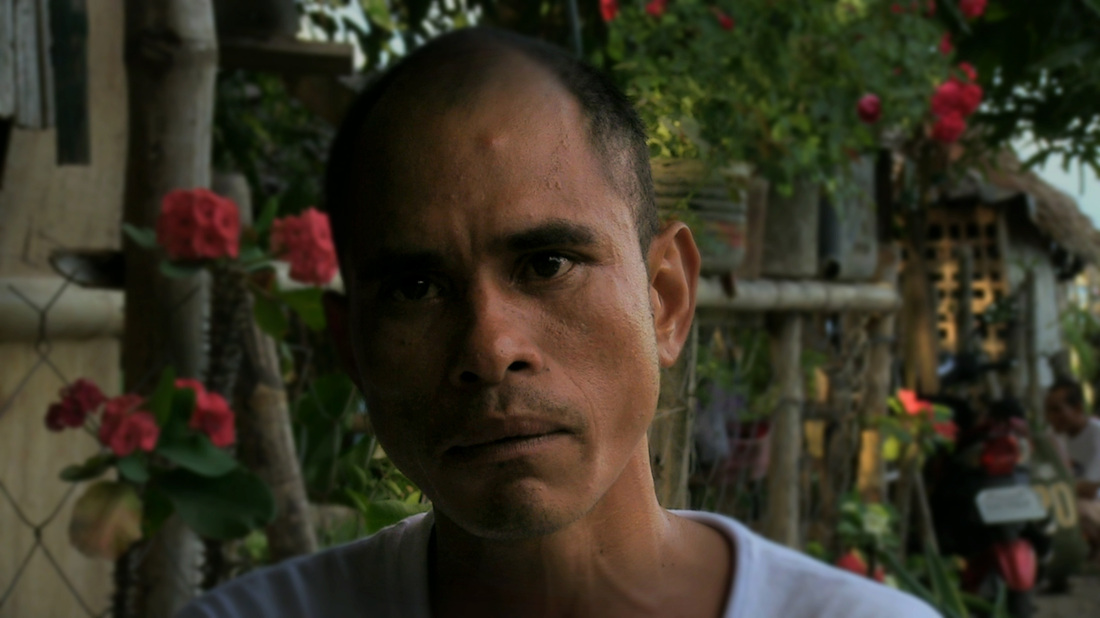 NEGROS OCCIDENTAL, Philippines - Sugar workers in Negros province have historically been at the mercy of landlords who own vast tracts of land and operate their haciendas like feudal lords.

Often, the workers are granted credit by the landlord that they use to buy basic goods during tiempo muerto or the off-season. But workers can no longer expect to take loans from their landlords, and as a result make due with reduced incomes.

This equates to around P100 per day or less, far below mandated the minimum wage in the region.
Terminated

In 2010, Jolu, along with 21 fellow farm workers, were dismissed from their work by farm leaseholder Nestor Gabalda. They were paid a daily wage of P100. The labor department's prescribed daily minimum wage in that region at the time was P235.

"We went to his office. He pounded on the table and said we had no right to complain," said Jolu, who was summarily fired for lodging the complaint.

Jolu and his fellow workers were in the process of organizing their association when they were dismissed. When they filed a case with the National Labor Relations Comission (NLRC), they experienced harassment from the leaseholder, such as ejection notices for their houses and severe intimidation.

It would take Jolu and the other dismissed workers two years to receive separation pay and other benifits.

About 50% of employers in the agriculture sector in Region 6 violate the mandate of paying workers the P235 minimum wage a day, according to a study by the Department of Labor's local office published in 2012.

The pakyao system is an arrangement wherein sugar workers plant, weed sugar and cut or haul sugarfor a contracted price.

A study made by the Bacolod-based Center for Investigative Research and Multimedia Services (CIRMS) revealed that more than 60% of sugar farms in Negros employ the pakyao system.

Sugar hacienderos use the system to lower costs and avoid paying labor benefits.

This system has affected sugar workers' unions as piece-rate contractuals are not allowed to form unions under the Labor Code.

The result is that they have no security of tenure and are prone to economic abuse and migration, as in Jolu's case. Moving from one sugar farm to another to find other pakyao-based employment is common among workers.

Despite these inequalities, the Department of Labor and Empoloyment continues to release wage guidelines for pakyao tasks that are impossible for one person to complete alone, but which are nevertheless calculated based on a single laborer.

Jolu's case dragged on for two years, and in the meantime he was obliged to seek work at different farms.

"But still we were only being paid P700 per week," said Jolu. He found it difficult to make ends meet.

On July 29, 2011, the Region 6 National Labor Relations Committee ordered Gibalda to pay back wages and reinstate Jolu and 18 fellow workers. Over the course of 3 hearings the workers remained intimidated by Gabalda and were unable to return.

Missing from the decision were around P600,000 is unpaid wages.

Gibalda could not be reached to comment on the labor case.

Since it was impossible to return to work, or reach full payment of lost wages, Jolu's association decided to apply for land reform. They had, after all, been farming the land for years.

Section 3 of RA 6657 defines land reform under the Comprehensive Agrarian Reform Program (Carp) as the “redistribution of lands, regardless of crops or fruits produced, to farmers and regular farm workers who are landless.”

It also includes “all other arrangements alternative to the physical redistribution of lands, such as production or profit-sharing, labor administration and the distribution of shares of stock which will allow beneficiaries to receive a just share of the fruits of the lands they work.”

Under lands covered by the Carp, landlords can retain a maximum of 5 hectares, and 3 hectares for each of their children. The remainder should be give to the farmer-tillers.

For Jolu's association, the application for land reform was also a means of pre-empting ejection from their homes by Gabalda. They cannot be evicted so long as the land is "Carp-able."

While petitioning with the local Municipal Agrarian Reform Officer (MARO), Jolu found out that the orginal owner, Jose Yulo, had already sold some portion of the hacienda to the leaseholder, Nestor Gabalda.

This is illegal under CARP law.

In addition, Jolu was told by the barungay captain that Gabalda was waiting for a local proclamation to declare the area residential. The change in zoning from agrarian to residential would allow Gabalda to evict the terminated farmers.

Jolu and the Hacienda Romirang Farmworkers Association keep pushing for distribution of more than 67 hectares based on their Carp rights. In the process they must face yet another tiempo muerto.

But this time the wait will put an end to workers' wage insecurity, residential land conversion and subsequent eviction. - Rappler.com