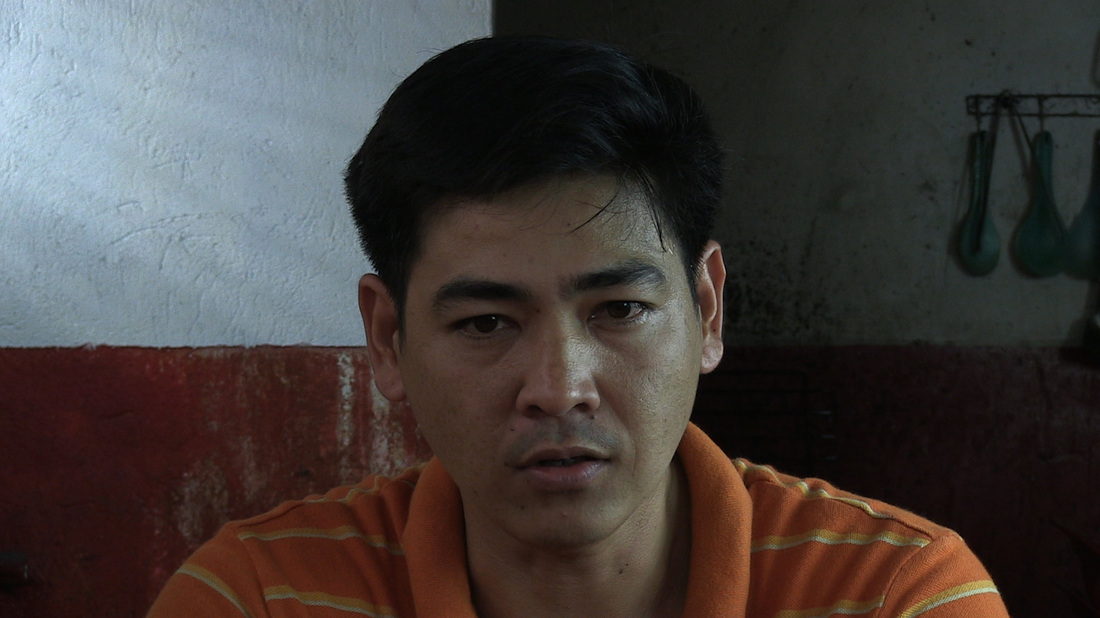 SAN FERNANDO CITY, Philippines - When you open the bottle of Coke, it should be you "Open Happiness," said June of the San Fernando Coca-Cola Rank and File Union (Sacoru) in Pampanga.

"In reality, inside the Coca-Cola is misery of the employee. The slogan should be "Open Sadness," said June.

The program gave management prerogative to rate workers based on performance, presence and participation. A two-tiered wage system, it supposedly awards diligent workers with yearly wage increases, while punishing low-performing workers with no wage increase.

It could also lead to legal termination based on subjective criteria.
Job insecurity

"The parameters are out of their control" said June, referring to the workers who are being rated. "Whatever rating the management gives you, you can't do anything about it."

Ostensibly, an EP rating would qualify the employee for a wage increase, while DP and NP rankings would be grounds for termination.

The management need not justify nor explain their rating.

Before the union was able to reject the 3P scheme, senseless rankings were already in evidence, such as in the instance of a new trainee who received higher rankings than his trainer - during the training period.

"Before us, workers always had job security," said June. "They grew old working for Coca-Cola. They knew how many years they would work for Coca Cola before retiring...Now, there's none of that," June said.

Now, just three DP or NP ratings could result in the legal termination of a regular employee.

One employee told Rappler he was given multiple DP ratings, despite having sick leave permission for reactive arthritis. The employee, afraid of further low ratings, returned to work in spite of the medical condition.

Low ratings as grounds for termination

"Presently, we have experienced workers getting fired illegally," June narrated.

"They get fired but they can fight it and return to work," he continued, referring to the recourse permanent workers have to sue for re-instatement through the Department of Labor and Employment (DOLE) if the employer is found guilty of union busting.

Without these basic rights, the ranks of the union could be gradually decimated.

Yet there are work arounds to these rights. "Now, they are legalizing a way to terminate workers," said June.

In addition to the 3P scheme, provisions were inserted into the Collective Bargaining Agreement (CBA) that would make union membership optional, terminate union officers in case of redundancy, and make union leave permissible only upon management authorization.

With the subjective nature of the ratings scheme, union officers were found to be the targets of increased low ratings, and thus, eligible for termination.

June feared that management could insidiously terminate the union officials one by one.

"Even if your superior gave you a high rating, they (other management members) can re-adjust and lower your rating if they want to at the main office," said June, referring to other union busting schemes.

"It is very clear what we said from the beginning that as long as 3P exists, our CBA will never come to an end," June said.

The stance of the Coke union at San Fernando calls into question the idea of a two-tiered wage system, which the government is supporting.

The concept has been hailed by officials as a fix for productivity problems in the Philippines.

Author's note: As of the writing of this article, Human Resources manager Leonard Baderina has not responded to requests to comment. On March 5, 2013 Sacoru signed a CBA with Coke junking the 3P scheme.

This story is part of the series, Workers find ways: Tara, break muna.