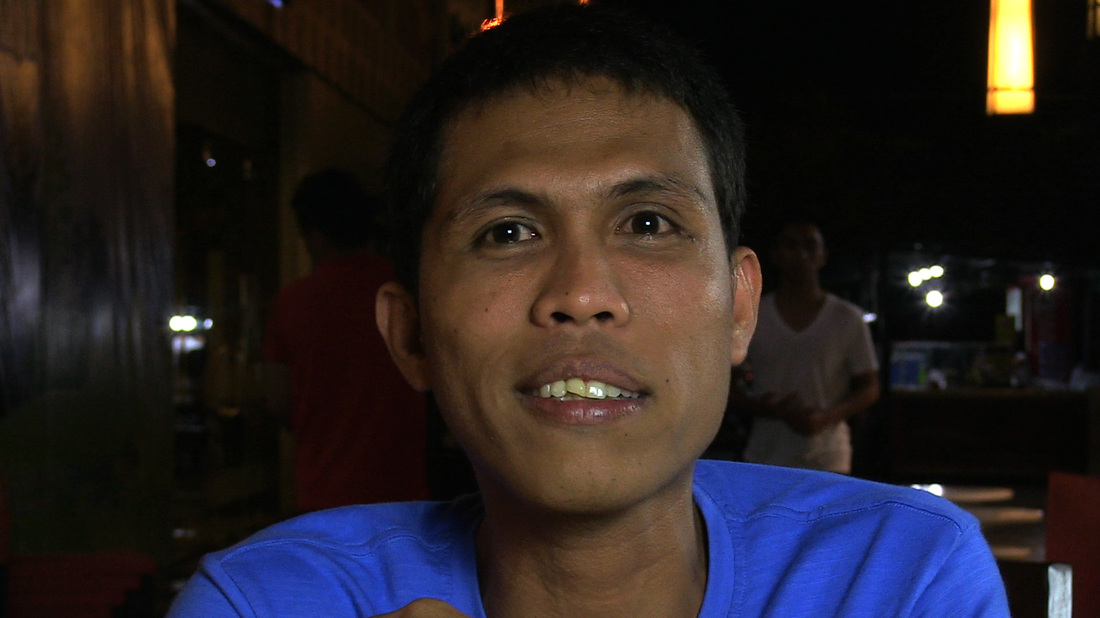 "I was hospitalized due to a severe ulcer, which also effected my colon," said Sylvio, who received neither separation pay nor his last month's salary.

Sylvio, who supports his family in Negros, had no savings. Stressed from the company closure and unable to purchase food, his body broke down.

"It is not only [that] we are sick [due to] financial issues, but also due to psychological and emotional stress. We don't know what will happen next. We are running out of money," said Sylvio.

DAC supposedly filed for temporary closure citing high cost of operations, a claim Sylvio said is not true due to the company's reported remaining assets.

The 600 agents, who earned P11,000 to P13,000 a month, were terminated without notice. The Labor Code requires that companies provide 30-day notice to their employees before closing shop.

"I do believe that there are lots of call centers right now [that] are not stable. They are the fly-by-night call centers, scams, right? Most likely the outbound centers," said Sylvio.
Unexpected closure

"The management told us that it was just a temporary suspension — for 4 to 6 months — but there is no assurance that they will pay us," said Sylvio.

Revocalized, a Utah-based call center that owns DAC, did not attend a teleconference with the workers, resulting in a failure to resolve the dispute.

Sylvio's former colleague and ICCAW spokesperson Ruben Josel claimed that DAC "closed down, ran away from its obligations then easily opened up a new company of the same nature and with its former clients. Some employers have been held accountable but the majority are running scott-free."

Revocalized did not respond to Rappler's requests for comments.

According to Department of Labor and Employment (DOLE) Secretary Rosalinda Dimapilis-Baldoz, "The Philippines is moving inexorably towards the development of a culture of voluntary compliance with labor standards and occupational health and safety that will raise the bar of competitiveness of the Philippine economy."

According to claims posted on the DOLE website, "the voluntary codes of good practices adopted by various regional industries have minimized government intervention and fostered harmonious labor-management relations in the affairs of private sector businesses."

However, the Ecumenical Institute for Labor Education and Research (Eiler) said Labor Secretary Rosalinda Baldoz’s promotion of self-regulation in BPOs essentially puts BPO workers closer to abuse of their employers as the government abrogates its role to protect and uphold labor rights in BPOs.

“If the government itself cannot protect BPO workers from dismal labor conditions and uphold workers’ rights in BPOs, how can we expect foreign firms to do so under self-regulation,” she added.

Why no labor unions in BPOs?

The BPO companies reportedly did not take well efforts by the government to encourage the sector to form trade unions, according to a recent International Labor Organization (ILO) industry study.

Although the BPO industry employs more than 600,000 workers and earns nearly P11 billion, no DOLE-registered union or workers organization had existed prior to ICCAW. Recently, the BPO Workers Asscociation of the Philippines (BPOWAP), a nationwide BPO industry, joined ICCAW, foreshadowing what could become a trend.

According to a report by the Manila Times, labor unions are no longer needed due to high wages, regular promotions, benefits, and the ease of transferring to new companies.

Yet the closing of DAC and subsequent BPO labor issues highlight the need for workers to organize.

"One reason why most of the BPOs aren't organized [is because] agents or individuals like me are really afraid. [Our] bread and butter is in the call center. If they have complaints they will keep their mouths shut because they are afraid," said Sylvio.

They bank on public attention to keep their cause alive. "The important factor that puts pressure [to effect change] is media mileage," explained Sylvio.

After months of protests and lobbying, the ICCAW members received the money DAC owed them. Sylvio said labor group Partido ng Manggagawa, which helped establish ICCAW, assisted them in presenting their case to DOLE.

"The organization really helped me out, in the sense that it gives me the courage and confidence," said Sylvio. "After the closure of Direct Access Corp, I now have the full idea that I need to fight and survive, and fight for right not only myself, but for everyone." - Rappler.com