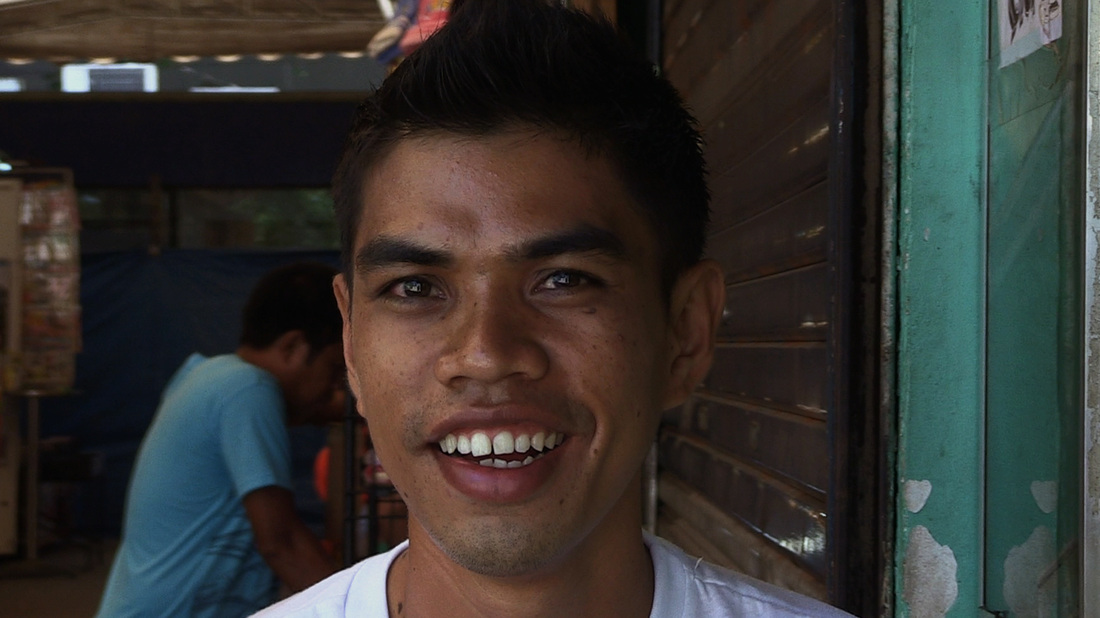 CEBU CITY, Philippines - The Mactan Export Processing Zone (MEPZ), which employs over 50,000 workers, had not a single union.

"We are the first agency to unionize in Cebu," said Eddie in Cebuano. He was hired in a factory in MEPZ via a placement agency.

"We reached the election stage, and we won," he went on, referring to the Department of Labor and Education (DOLE) certification of his union.

"And what did the management do? They closed shop!" said Eddie, claiming that the "runaway shop" is on a last-ditch union busting move.

"If they don't close up and we (the union) win...it will create a domino effect that will spread across MEPZ when other workers find out...The main option is to close, and the strategy is to move to another location and change the name of the company," he shared.

Blaze Manufacturing, a Japanese-owned company producing hi-blocks for export, shut down on the same day Eddie's union held its elections. There is evidence of management interference on several other levels.
Intimidation and assault

Eddie didn't expect his manager to beat him up.

"Based on the law," Eddie said, "you have the right to organize. So at that time, he was supposed to be only an audience."

The manager and owner of A. Bones Manpower and Recruitment Agency, sole supplier of labor to Blaze Manufacturing in the MEPZ, called a meeting with the incipient union with a gun bulging from his pocket.

Article 248 of the Philippine Labor law states that it is an unfair labor practice to "interfere with, restrain or coerce employees in the exercise of their right to self-organize."

When Eddie entered the office and informed his manager that his actions were illegal, the manager slapped him in the face and tried to force him into an empty room.

"I shouted, 'Help me, I'm going to die!'," recounted Eddie, noting the gun. Eddie was arrested and jailed for a day.

The manager claimed that Eddie had barged into the office drunk.

In an online letter unintentionally made public through Yahoo groups, the following communication can be seen:

"Can we ask for a list of Blaze separated employees so we can be sure we do not hire these people in our own companies? Regards, Agnes Braza-Lucente"

Braza-Lucente, at the time of the letter, was a member of the MEPZ-HRA, , a group of human resources professionals working in different companies located in MEPZ.

According to the MEPZ-HRA Facebook page, one of the missions of the MEPZ-HRA is to "Deliver quality services such as consultancy on labor relations matters."

It remains unclear how this mission would also involve blacklisting workers pursuing their legal right to unionize.

Further perusal of the same online conversation revealed that Blaze Manufacturing did close in response to union elections:

"Certification of election will happen tomorrow at Blaze Mfg as told by me thru Grace Obregon, HR Officer from Blaze," wrote a certain Jackie Roma, also of MEPZ-HRA.

"We have prepared our security and working 24/7 on this situation. Blaze have applied closure already and we are asking official statement and support documents from Blaze on this matter," states the online communiqué.

A check on earlier lists revealed that Roma had already planned to terminate pro-union workers.

An information was relayed to us yesterday that Blaze Mfg, one of our locators, are (sic) terminating a group of their employees who they believed are penetrated by PM. They observed that these employees are having secret meeting outside the company."

Eddie was one of the 11 workers terminated on March 15, several weeks prior to the union elections.

"The first difficulty in organizing contractual workers Is that they have this mentality that it isn't allowed to form a union," said Eddie.

Eddie said, "If the union interferes, they might not get to keep their job. That's what scares them." Based on Eddie's own experience, these fears are not ill-founded.

"We workers are scared," Eddie admitted. "But the company management is more scared. Because, once the MEPZ is unionized, we will receive many benefits…and all of the wrongdoings will be out in the open."

The Agency Workers Union of Blaze (AWUB) went on to win two cases against Blaze manufacturing. Yet as the labor cases were pending, Blaze re-opened with a newly hired workforce.