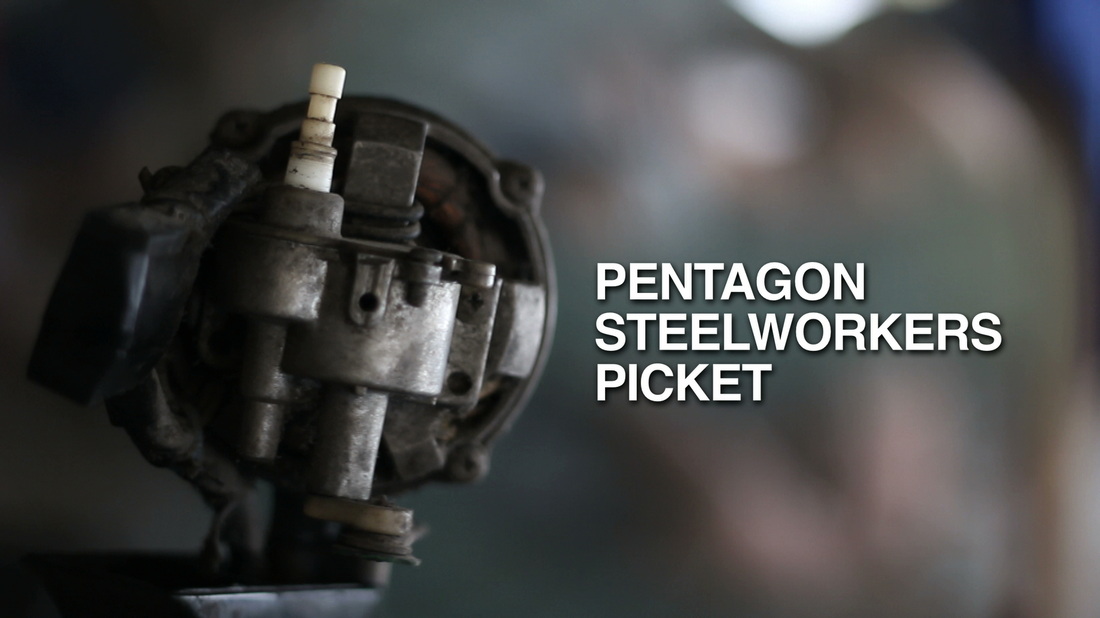 Boyong Estacio was a machine operator at Pentagon Steel in Quezon City for 19 years. Until, that is, last April 12, when Boyong and 129 fellow workers were terminated.
Boyong, a member of the Pentagon Steelworker's Union, claims the management failed to comply with provisions of the Pentagon Steelworkers Union Collective Bargaining Agreement (CBA). Alleged violations include arbitrary relocation of workers to new departments, failure to pay overtime, failure to provide seniority pay, no payments of benefits, no proper gloves or safety equipment, preferential treatment of pro-management workers, and "preventative suspensions" and terminations.

Mr. Pablito Alcover, current head of the steel company’s human resources department, allegedly refused to pay for Boyong's treatment when his fingers were crushed in a machine.

Boyong claims he was made to wait for an hour after the injury and given only P2,000. Boyong, who had to hunt for the cheapest hospital he could find, was left with a case of tetanus and a P10,000-hospital bill that Mr. Alcover allegedly wanted to take out of his paycheck.

According to reports of the Center from Trade Union and Human Rights (CTUHR), on April 15 the protesters were attacked by plainclothes police officers with stun guns and threatened with pistols. Six men were arrested in the scuffle.

The charges against them were referred for further investigation as the policemen who arrested them had allegedly violated the guidelines in conducting a warrantless arrest and because the reason for their arrest stems from a labor dispute, said Arman Hernando, coordinator for documentation of non-government labor rights advocate CTUHR.

Boyong and the other 129 protesters, who were terminated for "illegal trespassing," claim they only want to have the case dropped and return to work with a new human resources manager.